Granuloma annulare is a rash that often looks like a ring of small pink, purple or skin-coloured bumps.

It usually appears on the back of the hands, feet, elbows or ankles. The rash is not usually painful, but it can be slightly itchy. It's not contagious and usually gets better on its own within a few months.

Granuloma annulare is more common in children and young adults, although it can affect people of all ages. It's about twice as common in women.

Here are some of the main types of granuloma annulaire:

The most common type, localised granuloma annulare, appears in just 1 or 2 areas, tends to affect children and young adults, and usually gets better on its own after a few months.

Pink, purple or skin-coloured patches typically appear on the fingers, backs of the hands, feet, ankles or elbows.

They form rings that grow slowly until they're about 2.5-5cm across. As the rings get bigger, they become flatter and more purple in colour before eventually fading. 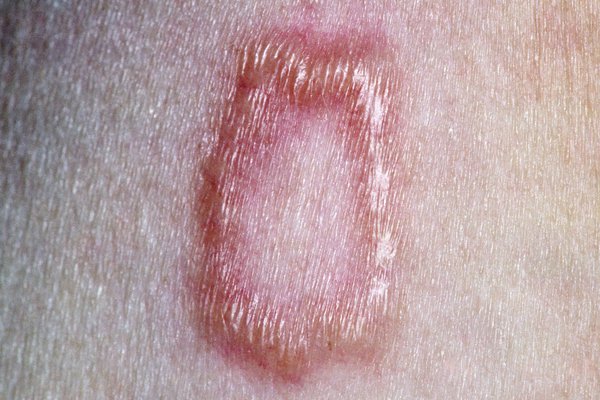 In localised granuloma annulare, the top of the skin feels smooth and, unlike in other skin conditions, such as pityriasis versicolor, ringworm or eczema, it is not rough, dry or scaly.

The affected skin also feels firm as a result of inflammation in the middle layer of skin (dermis). There's no change in the outermost layer of skin (epidermis).

More rarely, you can develop a widespread rash, known as generalised or disseminated granuloma annulare. It usually affects adults.

Large pink, purple or skin-coloured patches appear on a larger portion of the body, including the trunk, arms and legs. 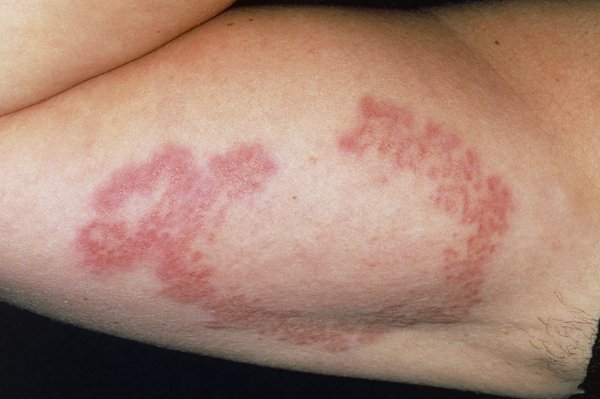 The rash is sometimes made up of small raised spots that form symmetrical rings 10cm or more across. They're often found in skin folds in the armpits and groin.

They can range from 5mm-4cm in size.

They can appear on the shins, ankles, feet, buttocks, hands, scalp and eyelids.

When to see a GP

See a GP if you have an unexplained rash that does not disappear within a few weeks.

They'll usually be able to diagnose granuloma annulare from the appearance of your rash.

A skin biopsy may be needed to diagnose the rarer types of granuloma annulare. A small sample of affected skin is taken so it can be studied under a microscope in a laboratory.

A blood glucose test may also be recommended. This is because in rare cases granuloma annulare can be linked to diabetes.

Unfortunately, there's no really effective treatment for granuloma annulare. But in most cases, treatment is not necessary because the rash will disappear on its own within a few months to 2 years.

For more severe cases, you could ask a doctor about the following treatments:

If you find the appearance of the rash upsetting, you could try using skin camouflage products.

Read more about skin camouflage products and Maria's experience of using them.

The tissue underneath the top layer of skin (dermis) becomes hypersensitive and inflamed. It's not clear what causes the skin to react in this way.

Granuloma annulare is not caused by allergies and does not run in families. It's sometimes associated with diabetes, although this is rare.