Heat rash is uncomfortable, but usually harmless. It usually gets better on its own after a few days.

The symptoms of heat rash are:

The rash often looks red, but this may be less obvious on brown or black skin.

The symptoms of heat rash are often the same in adults and children.

It can appear anywhere on the body and spread, but it cannot be passed on to other people. 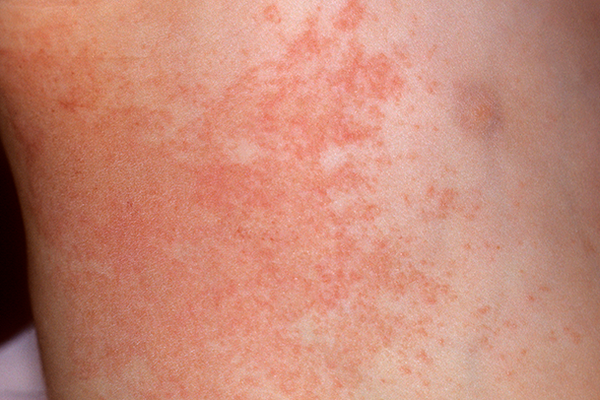 If you're not sure if your child has heat rash

Look at other rashes in children.

The main thing to do is keep your skin cool so you do not sweat and irritate the rash.

To keep your skin cool

To calm the itching or prickly feeling

Speak to a pharmacist about heat rash. They can give advice and suggest the best treatment to use.

Sweat glands get blocked and the trapped sweat leads to a rash developing a few days later.

Babies often get heat rash because they cannot control their temperature as well as adults and children can.