Why spirometry is carried out

Spirometry can be used to help diagnose a lung condition if you have symptoms of a problem, or your doctor feels you're at an increased risk of developing a particular lung condition.

For example, it may be recommended if you have a persistent cough or breathlessness, or if you're over 35 and smoke.

If you have already been diagnosed with one of these conditions, spirometry may be carried out to check the severity of the condition or see how you're responding to treatment.

Spirometry is also a standard test for people who may be being considered for surgery, or to check the general health of people who have other conditions, such as rheumatoid arthritis.

Preparing for the test

If you use bronchodilator medication (medicines, usually inhaled, that help relax and widen your airways), you may need to stop using it beforehand.

What happens during a spirometry test 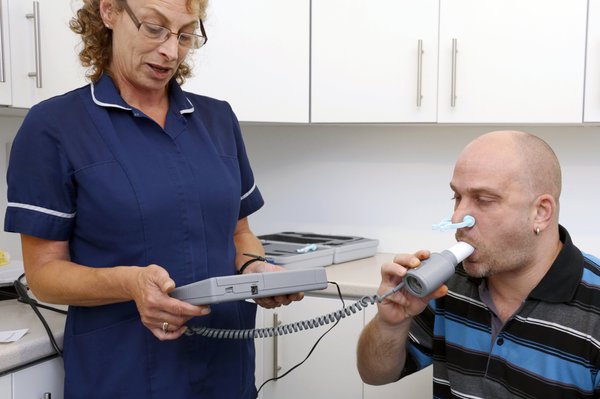 In some cases, the test may need to be repeated around 15 minutes after taking some inhaled bronchodilator medication.

This can show if you have a lung condition that responds to these medications.

Overall, your appointment should last around 30 to 90 minutes. You'll be able to go home soon after the tests have finished and can return to your normal activities.