An ileostomy is where the small bowel (small intestine) is diverted through an opening in the tummy (abdomen).

The opening is known as a stoma. A special bag is placed over the stoma to collect waste products that usually pass through the colon (large intestine) and out of the body through the rectum and back passage (anus). 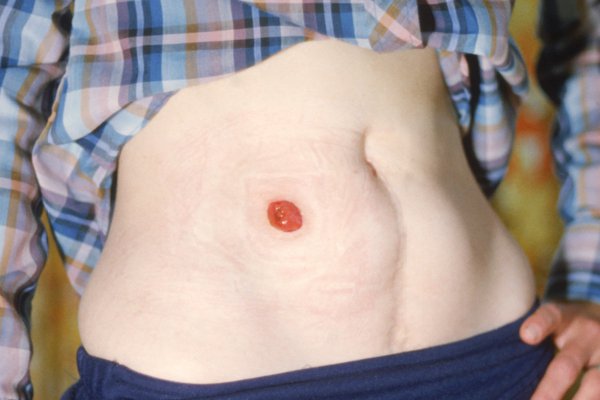 Ileostomy procedures are relatively common in the UK.

When is an ileostomy needed?

Ileostomies are formed to either temporarily or permanently stop digestive waste passing through the full length of the small intestine or colon.

There are a number of reasons why this may be necessary, including:

Find out more about why ileostomy procedures are carried out

Before an ileostomy is formed, you'll normally see a specialist stoma nurse to discuss exactly where you'd like your stoma to be (usually somewhere on the right-hand side of the abdomen) and to talk about living with a stoma.

There are 2 main types of ileostomy:

Alternatively, it's sometimes possible for an internal pouch to be created that's connected to your anus (ileo-anal pouch).

This means there's no stoma and stools are passed out of your back passage in a similar way to normal.

You may need to stay in hospital for up to 2 weeks after an ileostomy operation.

During this time you'll be taught how to look after your stoma by a specialist stoma nurse.

Recovering from the procedure can be challenging. Many people experience short-term physical and psychological problems, ranging from skin irritation around the stoma to feelings of anxiety and self-consciousness.

But with practise and support from a nurse with training in stoma care, many people adjust and often find their quality of life improves after surgery.

This is especially true if they have been living with a condition like Crohn's disease for years.

As with any surgical procedure, having an ileostomy carries a risk of complications.

Some of the problems people with an ileostomy experience include:

Find out more about the risks of having an ileostomy